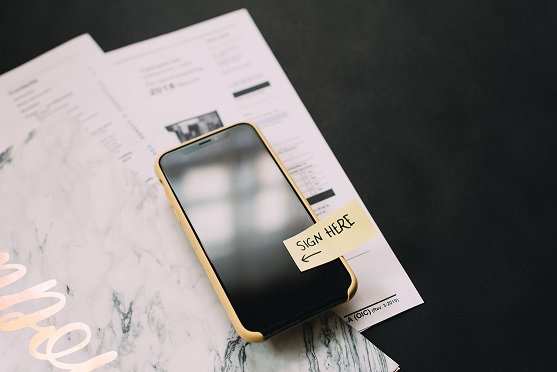 Photo by Kelly Sikkema on Unsplash

As you are aware from the series of articles on T&C I published last year, the issue of the application of the T&C to all interaction between the supplier and the client is an aspect that needs to be specifically addressed, i.e. enquiries, estimates, quotes & bookings.

The above is all good & well but how is this done or should it be done? The answer to the 1st question is that in most cases the T&C are simply referred to at the bottom of the e-mail, estimate, quote etc e.g. ‘T&C apply’ or ‘All business is subject to our T&C’. The answer to the 2nd question is that at least the more onerous clauses need to be highlighted/drawn to the attention of the client – this is not a ‘nice to have’ but a clear Consumer Protection Act (Act 68 of 2008: ‘the CPA’) requirement and, as far as personal information is concerned, a requirement of the Protection of Private Information Act (Act 4 of 2013:’the POPIA’).

How is the latter done? Ideally a one-on-one discussion with each client would be the answer but given that this is not feasible, an adequate documentary process is required. This is achieved by mentioning the T&C (& privacy policy for POPIA purposes) in each document that forms part of the ‘communication chain’ (what I call ‘the critical transactional path’) between the supplier and the client. On top of that bear in mind that a ‘mere mention’ is not enough the wording must imply tacit acceptance.

The Paper Trail was initiated by an e-mail from the Defendant to the Plaintiff requiring it to complete a credit application (‘the Credit App’) attached thereto.

Given the perfunctory nature of Credit App (‘it was a mere formality’), the Plaintiff professed that it had not read with T&C, only the 1st page and furthermore assumed that the Defendant would be arrange the required insurance (contrary to the T&C wording to that effect). The Plaintiff stated that:

And he had been under the impression that the Defendant wanted him to sign the forms just to capture his details, because he did not wish to have a long-term relationship with the Defendant and for that reason it was not  important for him to read the terms and conditions.

A key issue is not only the insurance aspect, but that the T&C excluded or limited the Defendant’s liability. One the 1st page of the Credit App the following wording appeared, namely that all business is:

The liability limitations alluded to above read as follows:

‘unless it is proved that the damage was caused by the Defendant’s gross negligence.  In this regard the Defendant relies on the provisions of clause 33 of PC 9.2.  The Defendant alleges that it was not negligent, alternatively grossly negligent or that its negligence caused the damage to the engine’.

The Defendant argued that it did not have custody and control, alternatively that it had not been negligent.

The Plaintiff then argued that the relationship between the parties was governed by the CPA and more specifically the following aspects thereof (Sections are those in the CPA):

The Defendant countered and raised amongst others the following arguments:

The court rejected that Defendant’s arguments, upheld those of the Plaintiff to the effect that the limitation of liability clauses did not apply, that the Defendant as should’ve arranged insurance and accordingly awarded damaged to the Plaintiff.

What are the lessons we can learn from this case? I believe the following;

LEGAL ADVICE CLUB ('LAC') - You can obtain specialized tourism advice from Louis (38 years in tourism) on an hoc basis via the COVID SPECIALS for SATSA members (1) 10 minutes of pro bono (Free) advice via a phone call or e-mail and/or (2) by joining his LAC for which the joining fee & hourly rates have been reduced by 30% AND you can pay the joining fee over 3 (three) months! The fee for the 1st hour is now only R500,00.