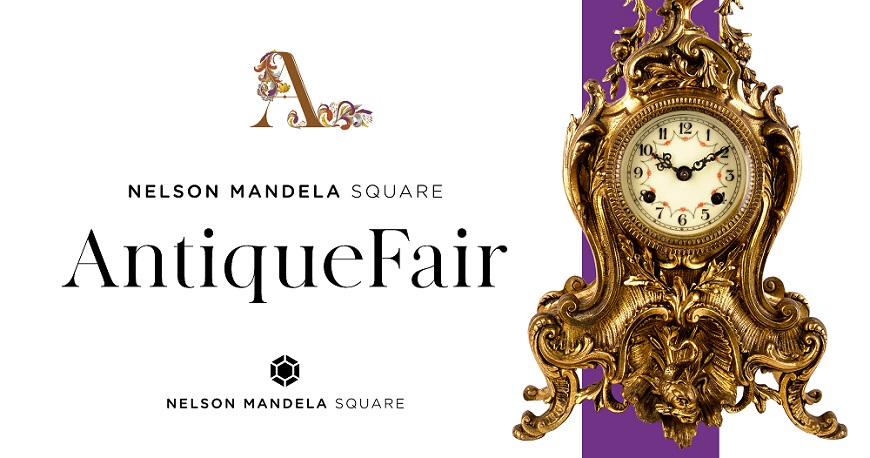 It is an undisputed fact that we, as humans will forever be hunter/gatherers – in some form or another.  Not in the original sense of our evolution but in our everyday modern world.  Everybody collects something – whether it’s surrounding oneself with beautiful objects, collecting investment pieces for that rainy day or collecting with the purpose of building a legacy. They often say that what you collect is a reflection of who you are and shows what you stand for.

If you see yourself in any of the above, then the Antiques Fair on the upper and lower levels of Nelson Mandela Square is the place to be on Sunday 1st  March from 09h00 to 16h00. As the biggest and longest running antique fair in South Africa with over 40 dealers coming from all over the country, this is collecting heaven and Joburg’s best kept secret for both local and international collectors and visitors.